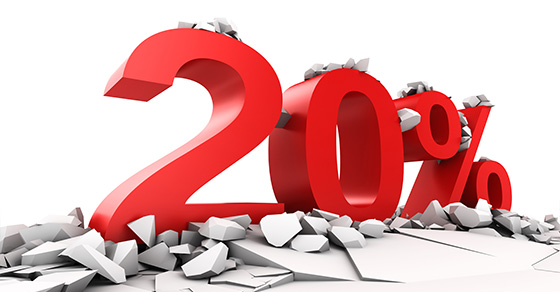 Although the drop of the corporate tax rate from a top rate of 35% to a flat rate of 21% may be one of the most talked about provisions of the Tax Cuts and Jobs Act (TCJA), C corporations aren’t the only type of entity significantly benefiting from the new law. Owners of non-corporate “pass-through” entities may see some major — albeit temporary — relief in the form of a new deduction for a portion of qualified business income (QBI).

For tax years beginning after December 31, 2017, and before January 1, 2026, the new deduction is available to individuals, estates and trusts that own interests in pass-through business entities. Such entities include sole proprietorships, partnerships, S corporations and, typically, limited liability companies (LLCs). The deduction generally equals 20% of QBI, subject to restrictions that can apply if taxable income exceeds the applicable threshold — $157,500 or, if married filing jointly, $315,000.

QBI is generally defined as the net amount of qualified items of income, gain, deduction and loss from any qualified business of the non-corporate owner. For this purpose, qualified items are income, gain, deduction and loss that are effectively connected with the conduct of a U.S. business. QBI doesn’t include certain investment items, reasonable compensation paid to an owner for services rendered to the business or any guaranteed payments to a partner or LLC member treated as a partner for services rendered to the partnership or LLC.

The QBI deduction isn’t allowed in calculating the owner’s adjusted gross income (AGI), but it reduces taxable income. In effect, it’s treated the same as an allowable itemized deduction.

For pass-through entities other than sole proprietorships, the QBI deduction generally can’t exceed the greater of the owner’s share of:

Another restriction is that the QBI deduction generally isn’t available for income from specified service businesses. Examples include businesses that involve investment-type services and most professional practices (other than engineering and architecture).

The W-2 wage limitation and the service business limitation don’t apply as long as your taxable income is under the applicable threshold. In that case, you should qualify for the full 20% QBI deduction.

Additional rules and limits apply to the QBI deduction, and careful planning will be necessary to gain maximum benefit. Please contact us for more details. 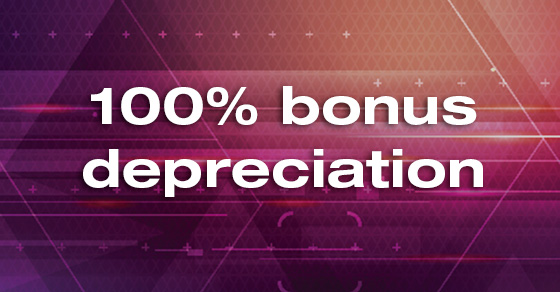 The Tax Cuts and Jobs Act (TCJA) enhances some tax breaks for businesses while reducing or eliminating others. One break it enhances — temporarily — is bonus depreciation. While most TCJA provisions go into effect for the 2018 tax year, you might be able to benefit from the bonus depreciation enhancements when you file your 2017 tax return.

Under pre-TCJA law, for qualified new assets that your business placed in service in 2017, you can claim a 50% first-year bonus depreciation deduction. Used assets don’t qualify. This tax break is available for the cost of new computer systems, purchased software, vehicles, machinery, equipment, office furniture, etc.

The TCJA significantly expands bonus depreciation: For qualified property placed in service between September 28, 2017, and December 31, 2022 (or by December 31, 2023, for certain property with longer production periods), the first-year bonus depreciation percentage increases to 100%. In addition, the 100% deduction is allowed for not just new but also used qualifying property.

The new law also allows 100% bonus depreciation for qualified film, television and live theatrical productions placed in service on or after September 28, 2017. Productions are considered placed in service at the time of the initial release, broadcast or live commercial performance.

For certain property with longer production periods, the reductions are delayed by one year. For example, 80% bonus depreciation would apply to long-production-period property placed in service in 2024.

Bonus depreciation is only one of the business tax breaks that have changed under the TCJA. Contact us for more information on this and other changes that will impact your business.